The inauguration ceremony of the China-Portuguese Speaking Countries Ocean Research Alliance initiated by the University of Macau (UM) and the first meeting of the alliance’s executive council was held today (9 September) online. Over 70 representatives of member universities and institutes of the alliance in China and Portuguese-speaking countries joined the ceremony. The alliance aims to bring together the research strengths and resources of its members in the field of ocean science and promote exchange and cooperation in related fields between China and Portuguese-speaking countries.

Currently, 19 influential universities and research institutes in the field of ocean science in China, Portugal, Brazil, Angola, and Mozambique have joined the alliance, through which they will deepen cooperation in areas such as technological innovation and talent development.

Those who delivered speeches at the ceremony include Yonghua Song, rector of UM; Xu Jie, deputy director-general of the Office of Hong Kong, Macao and Taiwan Affairs of the Ministry of Science and Technology of China; Wang Antao, head of the Third Division of International Cooperation of the Department of International Cooperation of the Ministry of Natural Resources of China; João Nuno Calvão da Silva, president of the Association of Portuguese Language Universities (AULP); Che Weng Keong, head of the Department of Technology of the Economic and Technological Development Bureau of Macao SAR; and José Victor-Santos, president of the Laboratory for Robotics and Engineering Systems (LARSyS), Instituto Superior Técnico, University of Lisbon. Huang Shengbiao, deputy head of the Economic Affairs Department of the Liaison Office of the Central People’s Government in the Macao SAR, and Ip Kuai Lam, member of the Administrative Committee of the Science and Technology Development Fund of Macao, were present at the ceremony.

In his remarks, Rector Song said that UM leveraged the role of Macao SAR as a bridge between China and Portuguese-speaking countries in promoting the establishment of the alliance to build a community with a shared future for mankind in the ocean field. In the future, the alliance will devote itself to enhancing cooperation among universities and institutes in China and Portuguese-speaking countries in the field of ocean science. Members of the alliance will also deepen cooperation in areas such as resource sharing, scientific research, talent development, innovation, and community service.

After the ceremony, UM Vice Rector Rui Martins kicked off the first China and Portuguese-speaking Countries Ocean Research and Education Symposium. A number of well-known experts from China and Portuguese-speaking countries gave keynote speeches during the event. They include Chen Dake, director of Southern Marine Science and Engineering Guangdong Laboratory (Zhuhai); José Victor-Santos, president of Laboratory for Robotics and Engineering Systems (LARSyS), Instituto Superior Técnico, University of Lisbon; Dai Minhan, chair professor in the College of Ocean and Earth Sciences, Xiamen University; Ettore Apolónio de Barros, professor in the Polytechnic School of the University of São Paulo; and Cai Wenju, chief research scientist of the Commonwealth Scientific and Industrial Research Organisation (CSIRO) Oceans & Atmosphere. The event attracted about 100 participants from nearly 20 universities and research institutes in China and Portuguese-speaking countries who engaged in discussions on ocean science and relation topics. 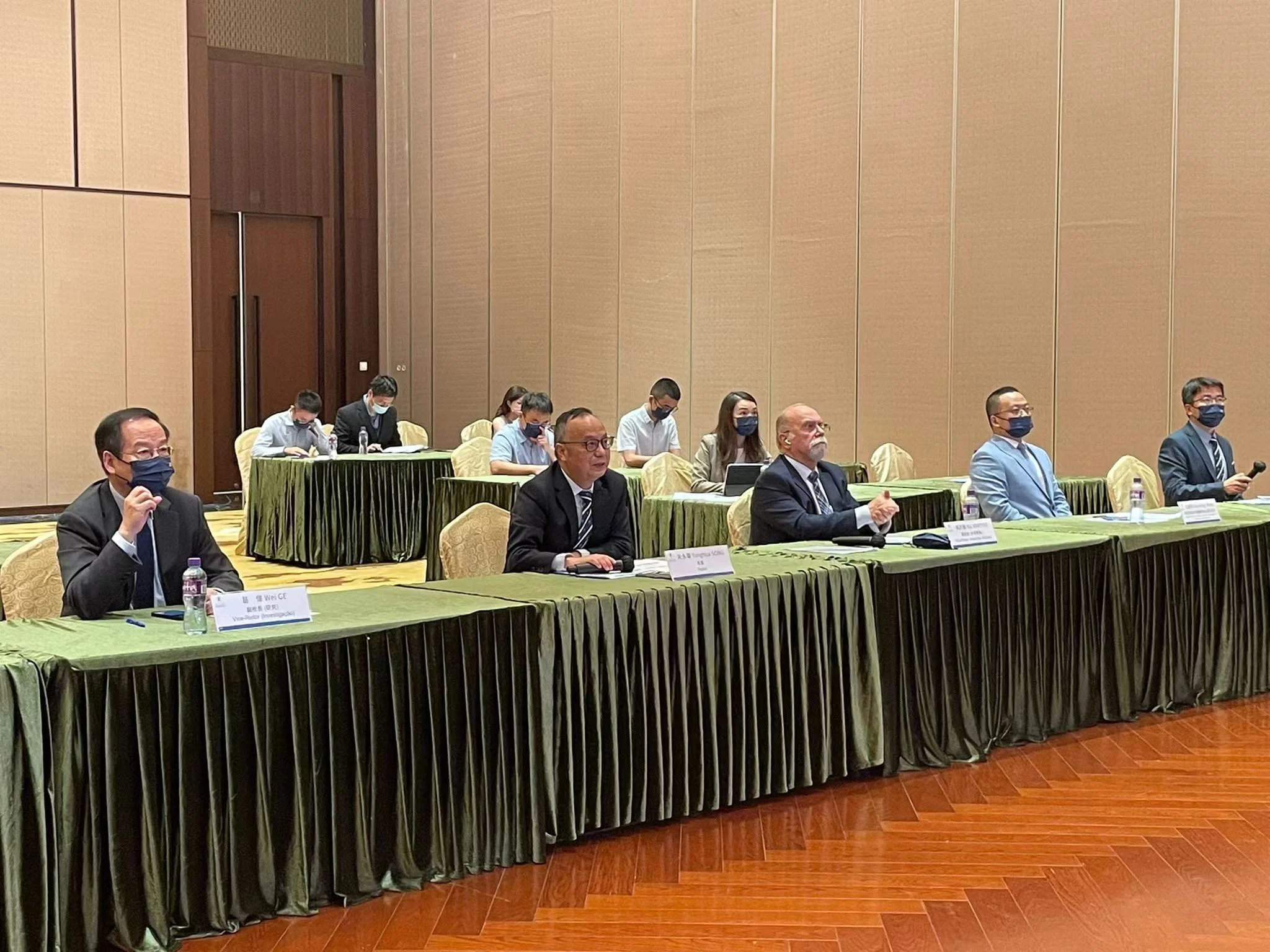 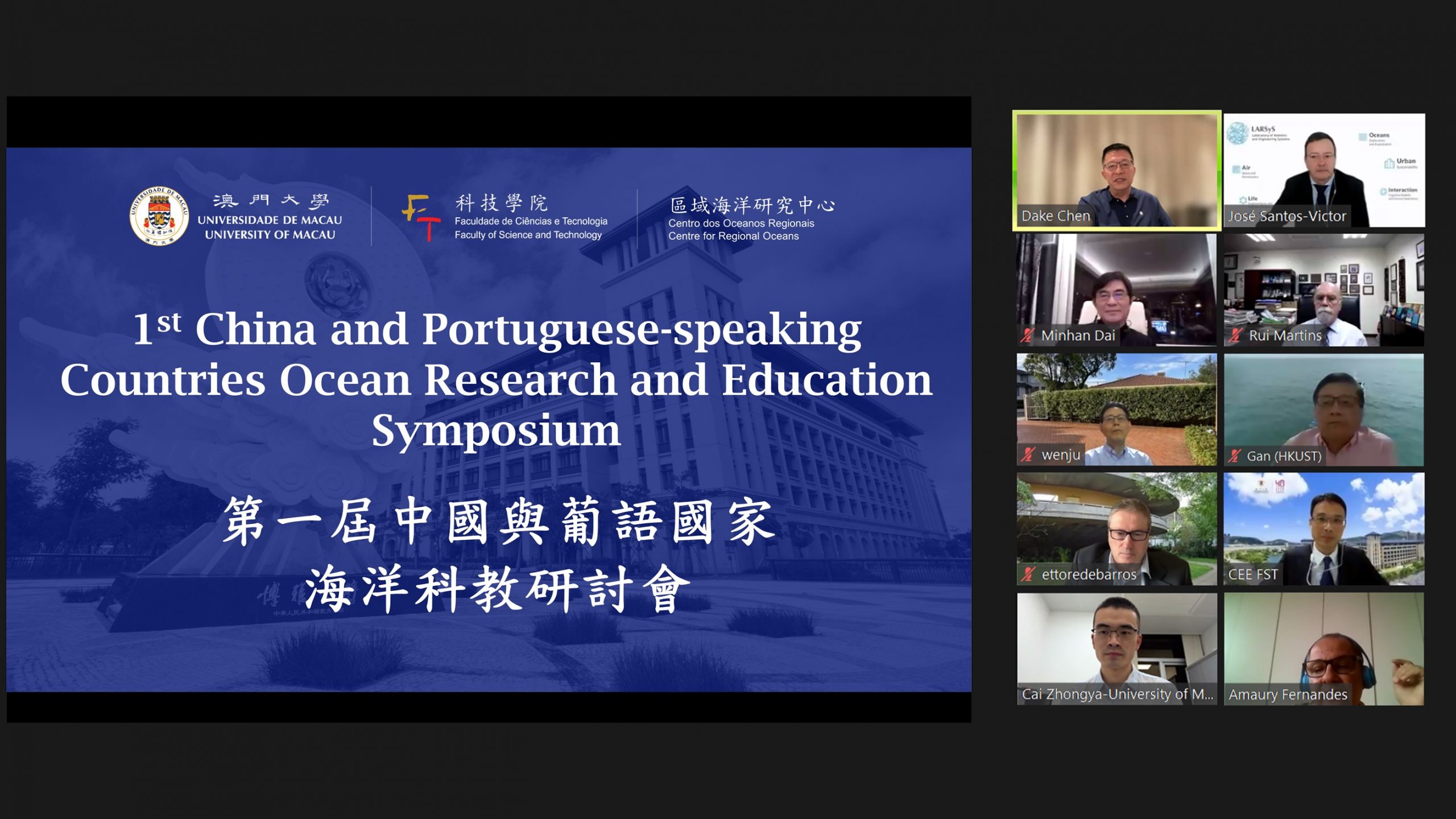