South China Sea (SCS) is one of the crucial oceanic channels connecting Pacific Ocean and Indian Ocean. It develops a complicated circulation, and heat and salt variability of SCS could have significant influences on regional climate. This topic will introduce (1) Interannual variation of circulation in the SCS. The intensity of eastward and northward branch of the summer SCS Western Boundary Current (WBC) along the coast of Vietnam showed negative correlation on interannual scale. This variation is mainly affected by the SCS Summer Monsoon and the flux of Luzon Strait. (2) Subsurface layer warming event in the SCS. Extreme warming events had happened many times in subsurface layer, SCSWBC plays a decisive role in generating and maintaining those extreme warming events. (3) Long-term trend of subsurface salinity in the SCS. Subsurface salinity in the northern SCS had a significant low-frequency variability during the past few decades: it decreased in the 1960s, then turned to increase from 1975, and decreased again after 1993. This decadal variation is determined by the combined effects of seawater intrusion through Luzon Strait and regional deep seawater upwelling process. 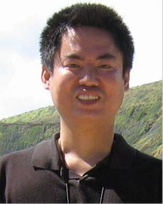 Professor Dongxiao Wang is the dean of School of Marine Sciences in Sun Yat-sen University. He is also the deputy director of air-sea interaction committee, Chinese Society for Oceanography, the committee members of CNC-WCRP, SIMSEA, and CLIVAR/IOC‐GOOS (2017-2021). His interest is in the research of tropical ocean circulation dynamics and air-sea interaction. He got awards of National natural sciences award of China (the 2nd) (First Author). He is the chief scientist for National Basic Research Program of China (973 Program), National Science Fund for Distinguished Young Scholars, and so on. He has published more than 300 papers, and two books named Climatological atlas of physical oceanography in the upper South China Sea, Ocean circulation variation and air-sea interaction in the tropical Pacific Ocean.